This weekend I led a memorial service for my remarkable friend Gary Taylor. 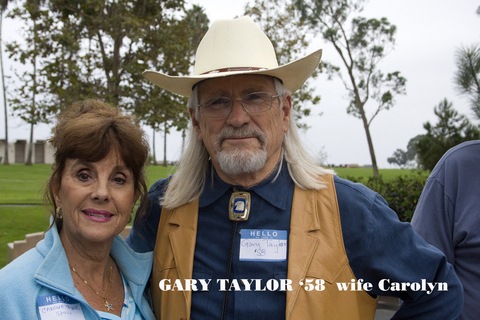 Just a few weeks ago a large group of Gary’s church friends called him while he was in the hospital close to death. He had no idea that we would be calling, but when the operator put us through he answered cheerily, “It’s your lucky day, this is Gary Taylor.” When about 80 people laughed and yelled, “Hi Gary, we love you” he asked, “Who is this, the angels?”

As Gary shared about his condition and faith, most of us were close to tears, but Gary was joy-filled. It didn’t matter that he knew he would not be on this earth for long; Gary was handling cancer and death with incredible courage and grace.

It is hard for me to imagine myself in his situation being so accepting and happy. In fact, I’ve learned through mistakes what NOT to do when facing the death of a loved one and other major losses:

Major loss such as the death of a loved one often leads to depression. Depression makes us feel like things will never get better and that we will never be happy again.

A few years ago Carolyn and I were battered by several major losses at once. Her sister died from cancer, we had major financial reversal, my step-mother had severe Alzheimer’s, and other problems.

For a while I wondered how I could ever recover happiness. But over time the darkness lifted.

We would do well to remind ourselves that in time our grief will lessen, despair will lighten, and joy can return.

Some people figure that since God is all-powerful and could have changed things, all problems are His fault. So they blame God and reject His love.

That is akin to a five year old running away from home because his parents won’t let him watch TV all night and eat 15 candy bars a day. He just cannot understand why his parents don’t provide what makes him happiest.

Why did God not step in and stop my 20 year old nephew Beau from going too fast on his motorcycle, or cause him to miss hitting the tree that killed him? He certainly could have.

I don’t know why, but I do know that “why didn’t” and “what if” questions are futile. The most productive response is to accept God’s love rather than reject Him because He didn’t do what I want.

THREE: Don’t Think There is No Answer

We live in a world wracked with pain, disease, death, war, abuse, cruelty, and terrible sorrow. The Bible describes this as a “fallen” world because it is not God’s original design—suffering came when sin entered the world (see Genesis 3).

Unfortunately, some think there is no solution and no better future.

But the Bible says God hates suffering even more than you or I do—so much so that he sent the Solution, His Son Jesus Christ.

Jesus said, “I am the resurrection and the life. Whoever believes in me, though he die, yet shall he live” (John 11:25).

To “believe” in Him means, 1) To accept that He died to pay for your sins and then rose again to life. And 2) To confess Him as the Lord of your life (see Romans 10:9).

If you do this then you can live with the promise that your future in heaven is something to be eagerly anticipated, as Gary did!

For more help, see my articles on:

116th anniversary of this Norge disaster